At Open-Xchange, leadership is more a mindset than a title. The nature of our organization is geared towards a flat hierarchy and an open way of working together. The leadership team supports this approach through a mix of business expertise, entrepreneurial experience and operational know-how. Our culture encourages an open approach – exploring, experimenting and mixing things up. You can see the results everywhere – in our people, in our partners and how we develop multi-cultural teams.

Richard Seibt
Chairman of the Supervisory Board

Richard Seibt has over 35 years’ experience in the IT business and became Open-Xchange Chairman in 2006. As Managing Director at IBM Germany, he handled sales and marketing in Germany, Austria, Switzerland and Eastern Europe. He then worked for IBM North America as VP Software Sales and Marketing and as General Manager worldwide for the OS/2 operating system. In 1998, he became an Executive Management board member at United Internet. In 2003, Seibt was appointed CEO at SuSE Linux and in 2004 (following the company’s acquisition by Novell), he became President of Novell Europe, Middle East and Africa. Since leaving Novell in 2005, he has been working as a business angel and board member for several other IT companies.

Achim Weiß is the CEO of IONOS, where he is responsible for the company's overall strategy and product development. Weiß has more than 20 years of experience in the European internet industry and in 1995 co-founded Schlund + Partner, the German web hosting pioneer that was taken over by 1&1 in 1998. As Chief Technology Officer at 1&1 until 2008, Weiß developed, amongst other things, the world's first web hosting platform for the rapidly growing mass market. As one of the leading experts in the field of developing scalable internet infrastructures, Weiß founded ProfitBricks, the first German cloud infrastructure solutions (IaaS) provider in 2010. After 1&1 acquired ProfitBricks in 2017, he returned to the board and was appointed CEO of IONOS in October 2018.

Marcus Gulder has been Head of Venture Capital at BayBG Bayerische Beteiligungsgesellschaft since 2012. Gulder played a leading role in building up the VC activities of BayBG from zero to EUR 50 million in 2017. BayBG is focused on investments in Bavarian Tech and SME companies with EUR 320 million capital under management. During Gulder’s 15 years in the VC scene he has led numerous investments, including Medical Intelligence (acquired by Elekta), CAS innovations (acquired by Siemens), SiC Processing (Secondary to Nordic Capital), Activaero (acquired by Vectura Group) and ubitexx (acquired by Blackberry).

Curt Gunsenheimer, Senior Partner at Iris Capital, joined the company in 2002. He is responsible for investments in late-stage and growth capital across Europe and supports companies across Germany and France in stages of global expansion. Gunsenheimer has twenty years of experience in venture capital and public-market financing of growth technology companies, with particular expertise in the field of software. Prior to joining Iris Capital, he worked at Goldman Sachs and Robertson Stephens.

Dr. Paul-Josef Patt is CEO of eCAPITAL entrepreneurial Partners, a German venture capital company. He has worked as a Project Manager at Roland Berger & Partner, the leading German strategy consultancy and as Director of Corporate Strategy at Kaufhof Holding, managing the expansion of one of Germany’s biggest retailers. After his successful exit, Patt started working as a business angel and venture capitalist. He took over the lead at eCAPITAL in 2004 and has overseen the company’s impressive growth. He has a strong track record in financing and developing young high-tech companies and as lead investor, initiated the sale of Novaled to Samsung in 2013 – at that time, the largest venture capital deal in the German hi-tech sector. Patt serves on several boards, including sonnen, Jedox AG and Heliatek.

Bernhard Wöbker worked as CEO and president at Nixdorf USA during the company’s expansion in the US before moving on to hold leading positions at Pyramid, NeXT and Versant, a listed US enterprise software company. He also worked as a consultant for Warburg Pincus, one of the largest US private-equity investors. Recently, Wöbker headed Munich-based software provider Brainloop. He now serves as Chairman of the Supervisory Board at the business intelligence provider, Jedox.

Looking for a new challenge? 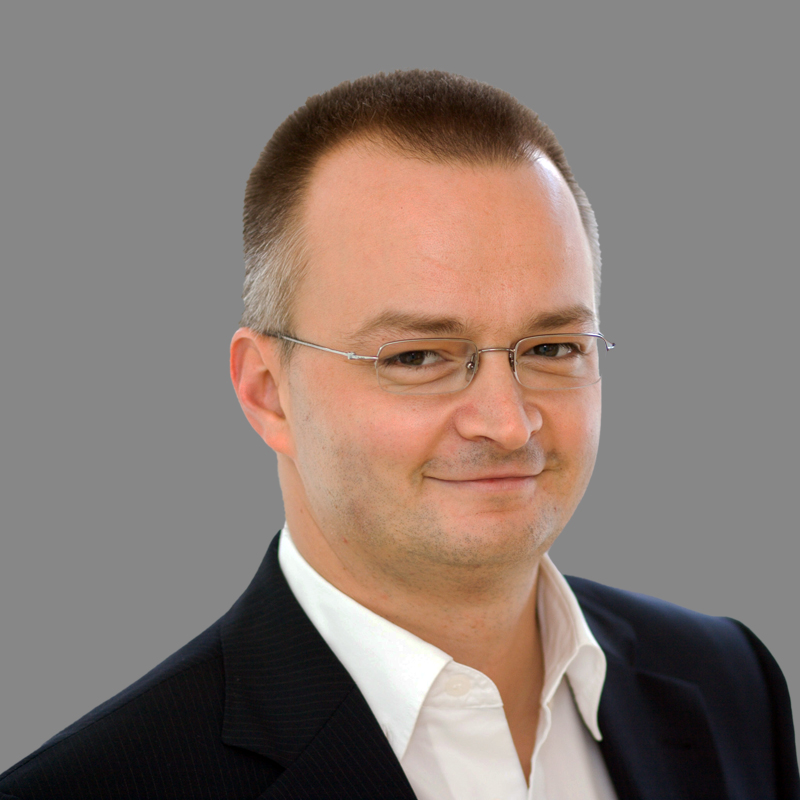 OX's CEO Andreas Gauger has been heavily involved in shaping the cloud and... 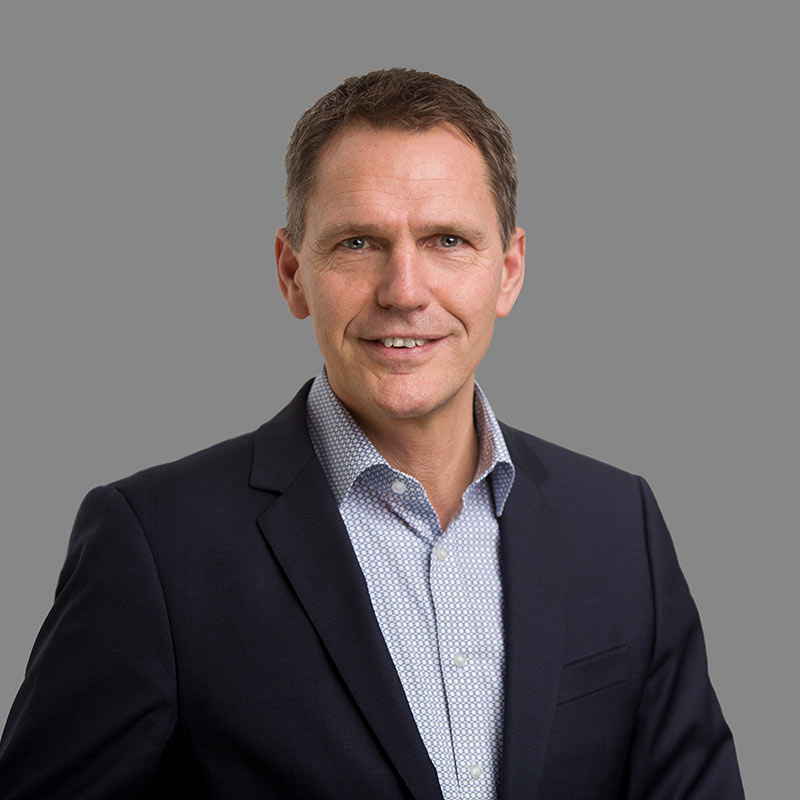 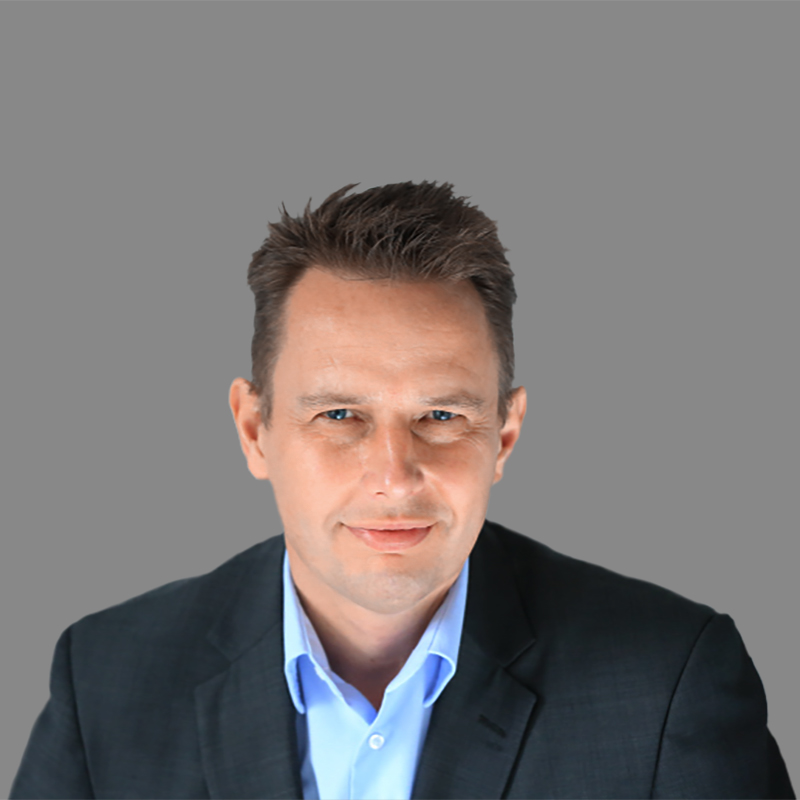 Dirks is responsible for engineering, research & development and daily... 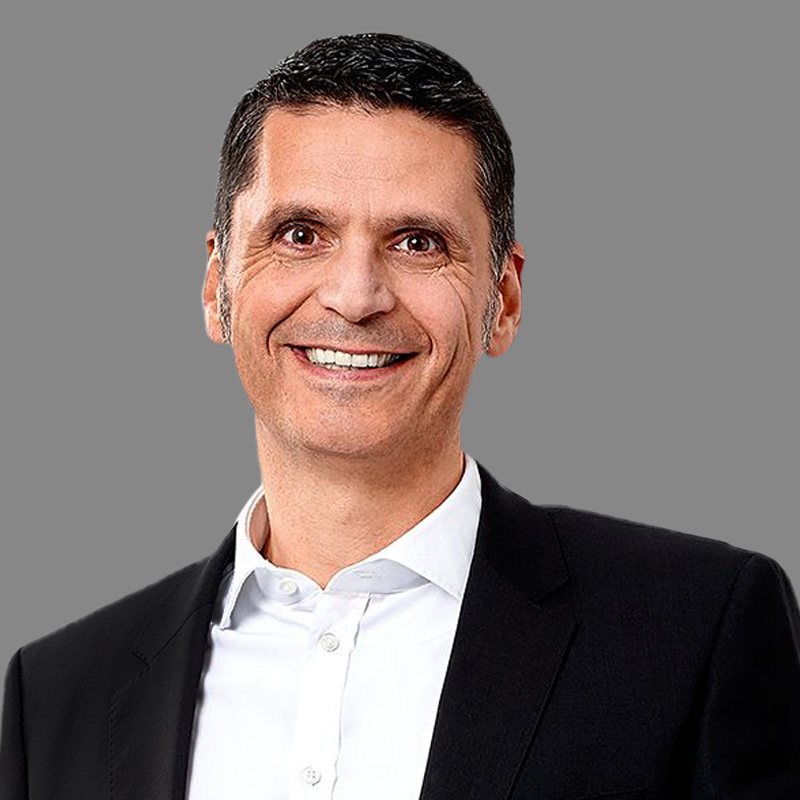 Valbert is responsible for Finance, Legal and Corporate Services at...
read more > 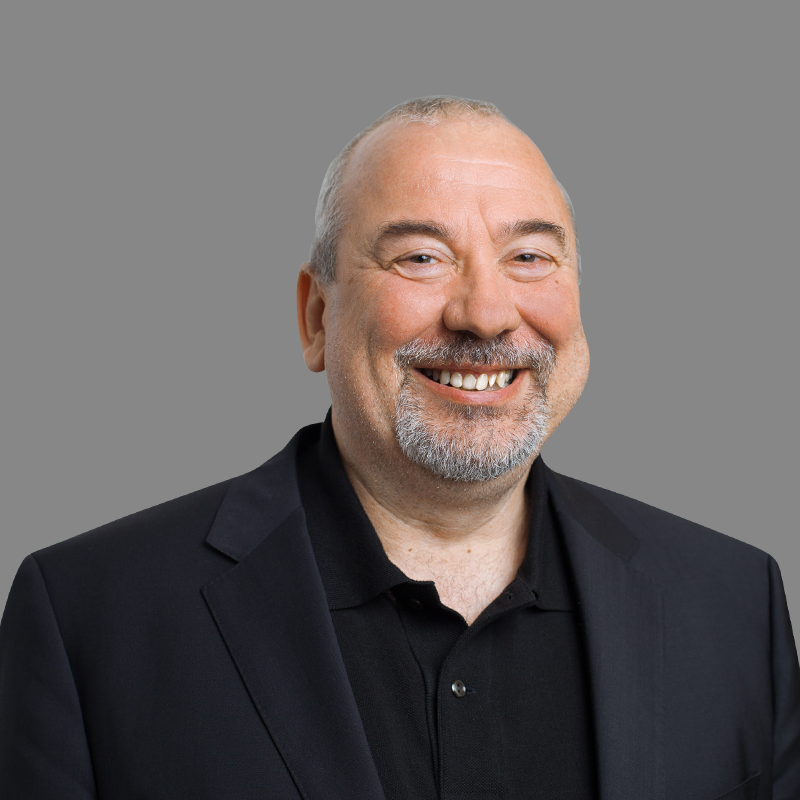 Broomfield is responsible for setting the strategic direction and operational... 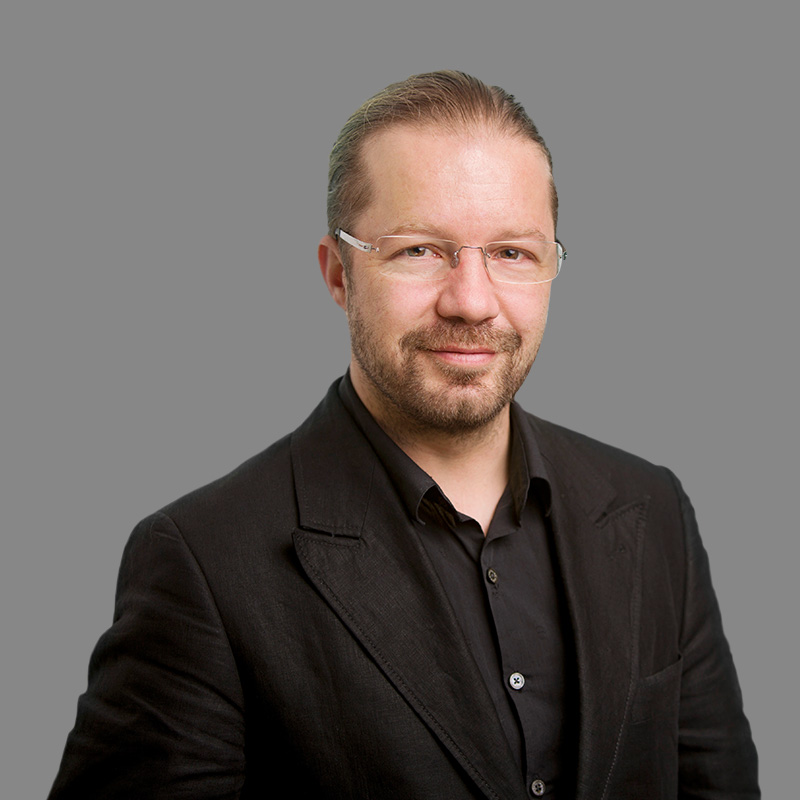 Over the past 10 years, Martin has built Open-Xchange’s professional services... 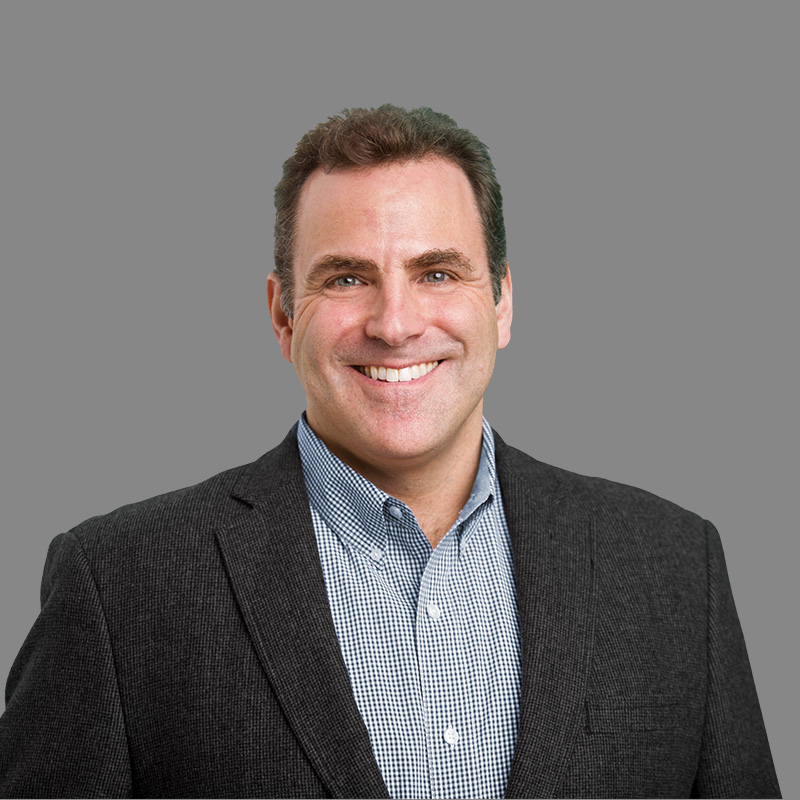 Krulcik is responsible for the strategic direction and execution of... 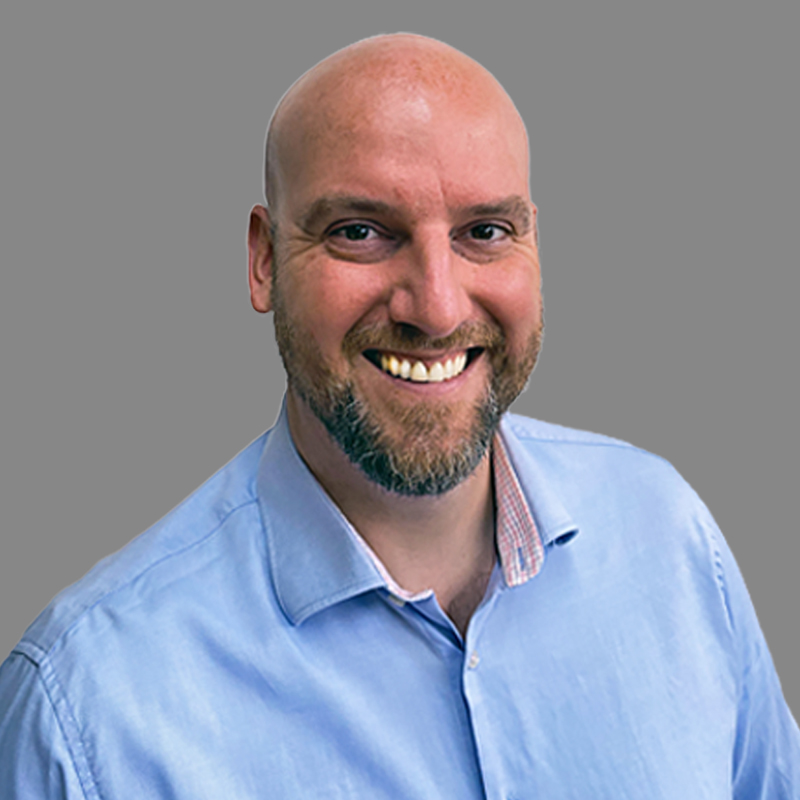 Brandt manages the PowerDNS Engineering team and is ultimately responsible for... 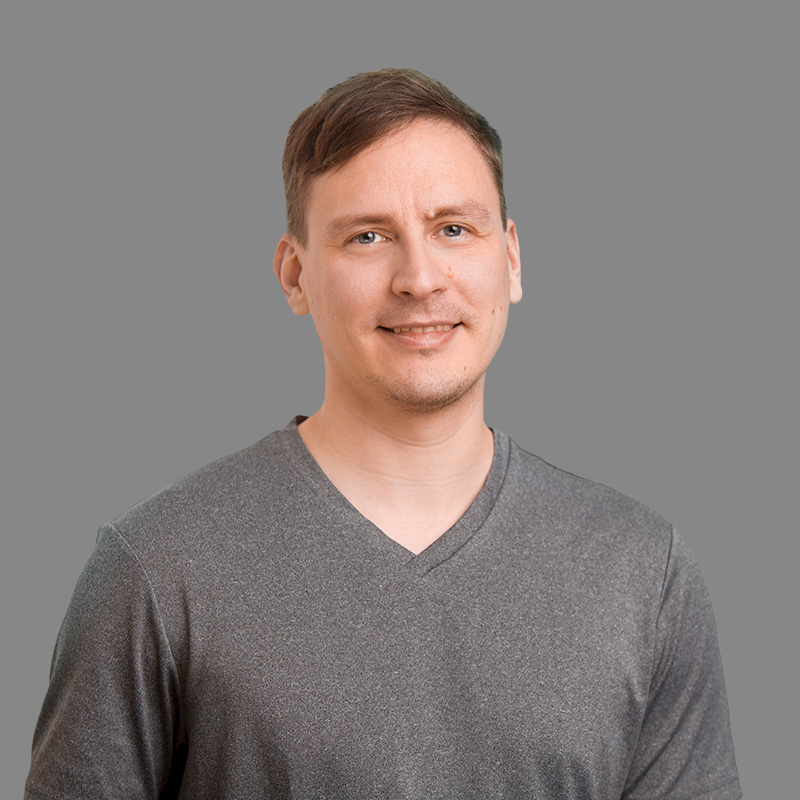 Sirainen programmed the Dovecot IMAP Server in 2002, releasing the first...

OX's CEO Andreas Gauger has been heavily involved in shaping the cloud and hosting market in Germany since the 1990s.

He founded his first software company when he was still at school and, in 1995, was co-founder of the German hosting pioneer Schlund+Partner. From 2000 to 2008, as the board spokesperson, Gauger drove forward the growth of 1&1 to become both the European market leader in hosting and a leading German ISP and telecommunications provider.

In 2010, he co-founded the internationally successful cloud provider ProfitBricks, of which he was CEO until 2016. Since then, he has been supporting investment companies as a consultant in the SaaS environment.

Hoberg co-founded Open-Xchange together with Rafael Laguna (now Director SprinD) in 2005 and serves as Chief Sales Officer, leading OX´s worldwide sales organization where he is taking care of major customer and distribution partnerships, and business development.

Hoberg served as OX CEO from 2004 – 2008, establishing partnerships with 1&1, the leading web hosting company in Europe and other major customers. He co-founded Netline Internet Service, the predecessor to Open-Xchange, in 1998 with Martin Kauss. In his role as Netline’s CEO, he was crucial in establishing the key partnership with SUSE Linux.

Dirks is responsible for engineering, research & development and daily operations. Before joining Open-Xchange, he was managing director and chairman of the executive board at Interactive Data Managed Solutions and also responsible globally for its wealth management business unit.

He began his career at SAP in 1995 where he held several positions in product development and sales both in the US and Germany. After SAP, he ran the corporate solutions division at IS Innovative Software. Following the merger with OnVista Technologies, Dirks ran all client activities in Europe as international sales director.

Valbert is responsible for Finance, Legal and Corporate Services at Open-Xchange. He is an experienced management and finance professional, with more than 25 years’ experience in the technology industry, and came to Open-Xchange from Swyx Solutions GmbH / Enreach Germany Group, where he was CFO for more than six years.
He was previously CEO of Schauf GmbH and CFO of conVISUAL AG. Before that, he was an Associate at Theron Business Consulting GmbH, after holding Financial Controller and Head of CapEx Controlling roles at Mannesmann Mobilfunk GmbH.

Broomfield is responsible for setting the strategic direction and operational management of Open-Xchange’s Worldwide Product Marketing, Marketing, and Customer Success teams. Originally from the UK, where he founded an electronic engineering and outsourcing company, Broomfield has held various leadership and management roles across the ICT and Development sectors and has worked for both large Fortune 500 companies and start-ups in the US, Germany, Austria and the UK.

Before joining Open-Xchange he was with HP in Germany and the US and also worked with the World Bank, OAS, GTZ and a number of large NGO’s and BINGO’s in the US and Canada developing business models for sustainable community-based Telecenters and Small and Medium-size Businesses in Latin America.

Over the past 10 years, Martin has built Open-Xchange’s professional services team from scratch, creating the global services structure for the full customer lifecycle from presales to support. Spread across 8 countries and counting, his teams are responsible for working with customers to customize their unique software architecture designs, sizings and integrations.

Before joining Open-Xchange, Martin was a senior consultant for SUSE Linux in the email and security services group. He was also part of a small team dedicated to sales and architecture support for Novell’s top EMEA Linux customers.

Krulcik is responsible for the strategic direction and execution of Open-Xchange's sales and marketing initiatives to ensure lasting engagement with customers, partners and resellers.

Brandt manages the PowerDNS Engineering team and is ultimately responsible for Open-Xchange's suite of PowerDNS products. A Dutchman, born in Scotland, he has a lifetime of international experience, living in multiple countries and working for various international clients during his career as a cybersecurity professional.

Before joining Open-Xchange, Brandt worked for KPN Security, managing the teams providing Managed-Security Services to KPN's commercial customers. He previously worked in product and project management roles for companies including Netscout and Fox-IT.

Sirainen programmed the Dovecot IMAP Server in 2002, releasing the first version later that year. In 2011, he co-founded Dovecot OY to provide professional support and consultation services for the Dovecot software family. Under his stewardship, Dovecot has grown to over 3.5 million IMAP server installations – a global market share of almost 70%.

Sirainen has worked as a software developer for Directi in India, Rackspace in Virginia and Portugal Telecom. In 2015, Dovecot merged with Open-Xchange to create one of the largest open-source companies in Europe capable of offering complete, end-to-end software and security solutions for service providers.